You can see Niagara, comprehend its beauties, and carry from it a memory ever ready to summon before you all its grandeur. You can stand in the valley of the Yosemite, and look up its mile of vertical granite, and distinctly recall its minutest feature; but amid the [canyon] and falls, the boiling springs and sulphur mountain, and , above all, the mud volcano and the geysers of the Yellowstone, your memory becomes filled and clogged with objects new in experience, wonderful in extent, and possessing unlimited grandeur and beauty.

The Discovery of Yellowstone Park: Journal of the Washburn Expedition to the Yellowstone and Firehole Rivers in the year 1870 by Nathaniel Pit Langford

It is much harder to find unexplored and undocumented territory nowadays, than it was at the time of Washburn expedition. Nevertheless, even after I have seen tons of photos and videos, and read the National Geographic special issue on Yellowstone park, it still felt very special to be there and to see all I saw. No photo can capture the scale of it, the sound, the smell, the variety of landscapes, animals, plants, and colors.  Even though Yellowstone is extremely popular touristic attraction (7.2 million visitors for 2015), it is also a place, which represents what I imagine to be the Wild West. It is rough, beautiful beyond description, and also dangerous. Yellowstone is a national park, still it is not your town park, zoo, or a spa. Twenty two people have died in thermal pools and geysers since 1870 (source: The Washington Post). The latest one dissolved in the boiling and acidic pools of Norris Geyser Basin this summer.

Yellowstone was on my to-visit list for quite some time now. It proved hard to find time to go there since it is more than 6.5 hours away from Laramie. But then, my brother came to visit us this September. Niels and I spend some time discussing what to show him from Wyoming (and Colorado) and I thought “Now is the moment, if we don’t do it now, I will probably never see Yellowstone”. Everything was planned, my brother arrived,  we were ready to get on the road. We were lucky that by that time (middle of September),  the temperatures cooled, there was some rain, some snow, so the wildfires were almost entirely put down. Few days earlier, the highway to Yellowstone South Entrance was closed due to the forest fires. We were hatching an alternative plan to spend two days in the Grand Tetons instead. Fortunately, the road conditions were safe again, so we could go with our initial plan.

So, basically there are two ways you can get to Yellowstone South Entrance from Laramie. The first one is through Rock Springs and then Jackson. The second one is through Lander (or Riverton), then Dubois, the Togwotee Pass and you’re there. We took the first one on the way to Yellowstone and the other one on the way back. The stop in between was at Dubois. So, on the first day we drove through the sagebrush sea, got some local beer in Jackson, saw the Tetons and Jenny Lake, drove through a snowstorm at the Togwotee Pass, and stayed for the night in Dubois. On the second day, we woke up early, drove through the pass again, and spend the whole day (up to 3-4) driving around in Yellowstone National Park. There was not much traffic, which was great, so we actually managed to see all I wanted. Except, the eruption of Old Faithful. But, it was getting late, and it was Old Faithful eruption versus chicken fried steak at Dubois. The later won.  So, we drove back to Dubois, spend the night there and on the next day took the road through Lander.

Driving through Wyoming prairie on #I80

"Some member of our party has asked what is the meaning of the word "Teton" given to these mountains. Lieutenant Doane says it is a French word signifying "Woman's Breast", and that it was given to these mountains by the early French explorers, because of their peculiar shape. I think that the man who gave them this name must have seen them from a great distance; for as we approached them, the graceful curvilinear lines which obtained for them this delicate appellation appear angular and ragged. From our present point of view the name seems misnomer. If there were twelve of them instead of three, they might better be called the "Titans", to illustrate their relation to the surrounding country. He indeed must have been of a most susceptible nature, and I would fain believe, long dweller amid these solitudes, who could trace in these cold and barren peaks any resemblance to the gentle bosom of woman."

The Discovery of Yellowstone Park: Journal of the Washburn Expedition to the Yellowstone and Firehole Rivers in the year 1870 by Nathaniel Pit Langford

Dubois is situated between the Wind River and the Absaroka Ranges (on the map below - Owl Creek), on the Upper Wind River (becomes Bighorn River downstream). Shoshone National Forest surrounds it, and it takes more or less an hour to get to Yellowstone.

Read more about it on Wiki
Read more on yellowstonepark.com

Yellowstone lake and some pretty dramatic clouds; also the place where we had our pick nick • #yellowstone #ynp #wyoming #roamfree #4rverwest #nationalparks 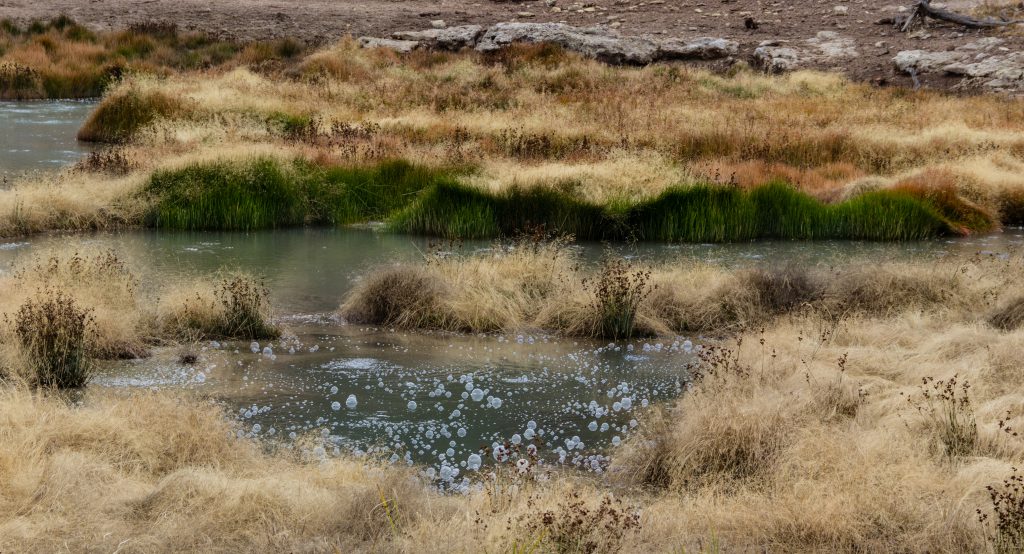 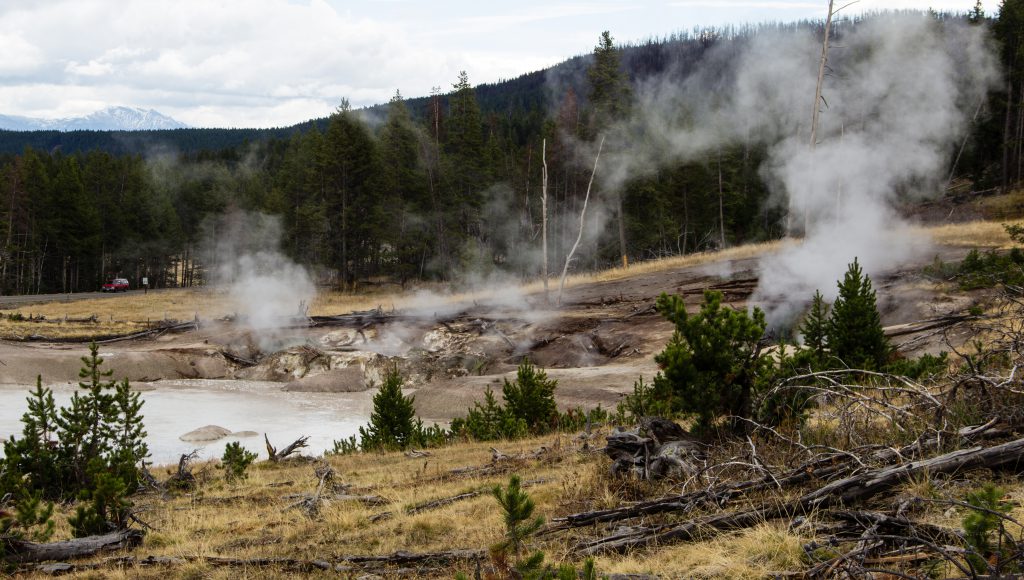 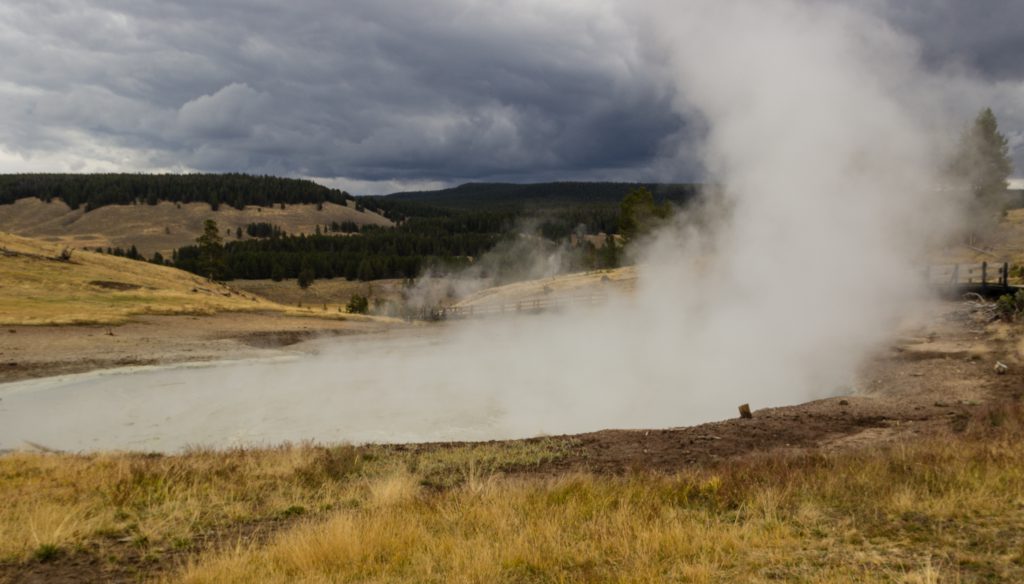 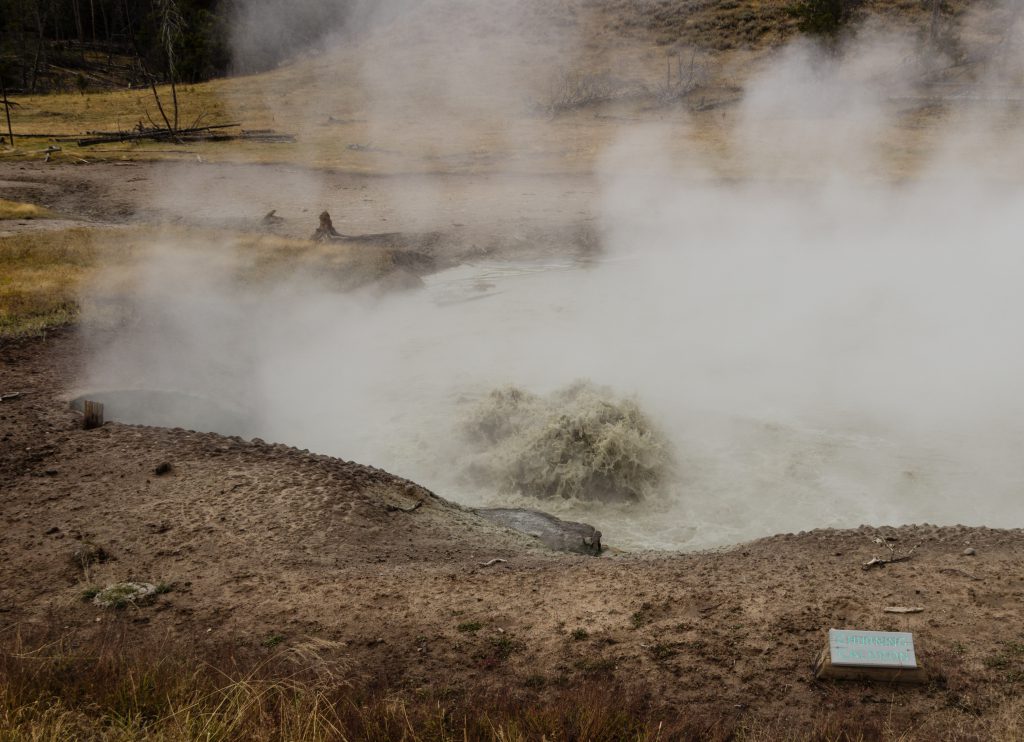 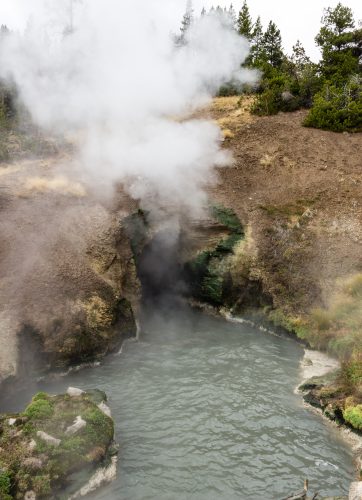 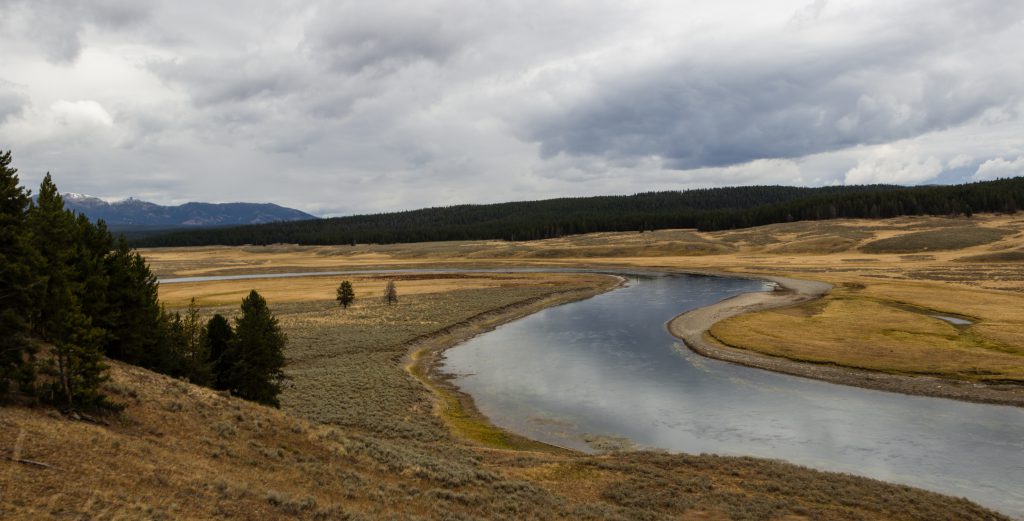 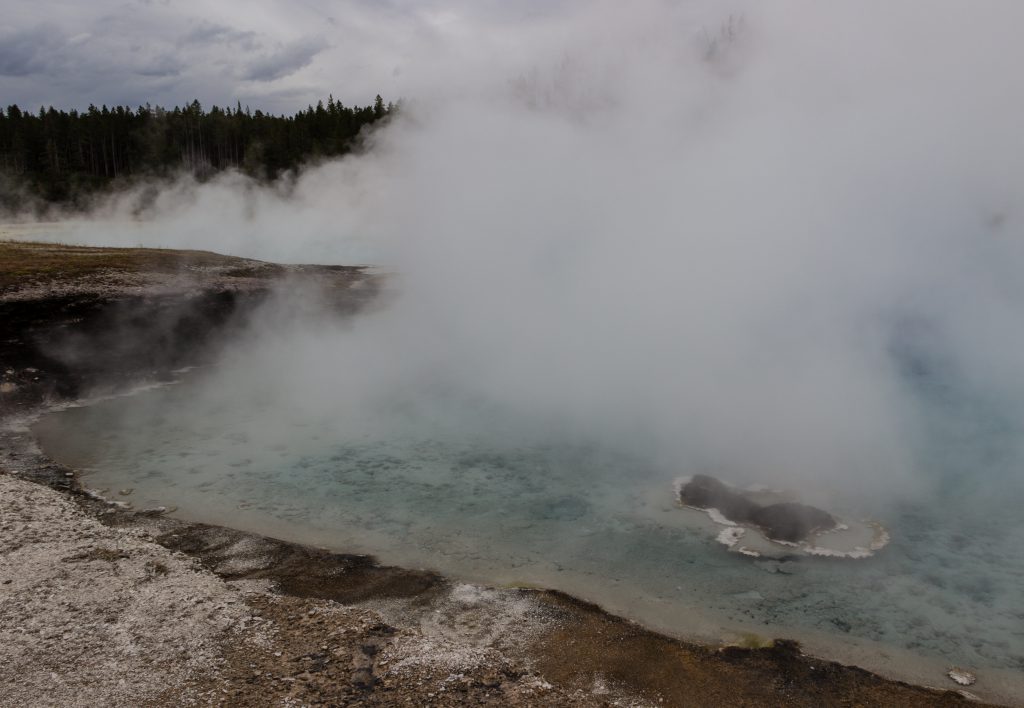 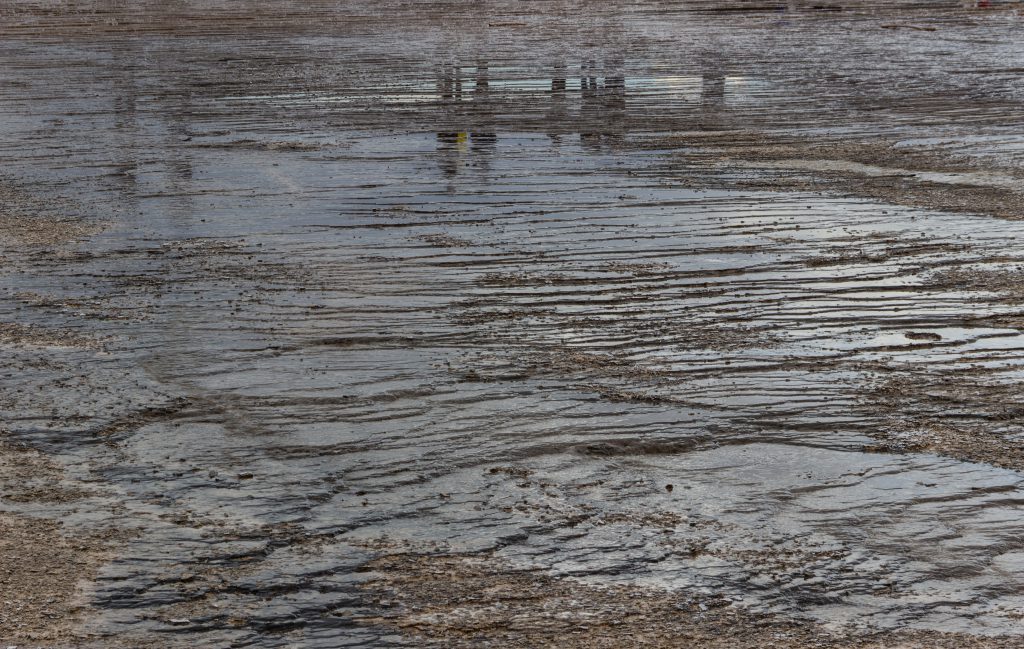 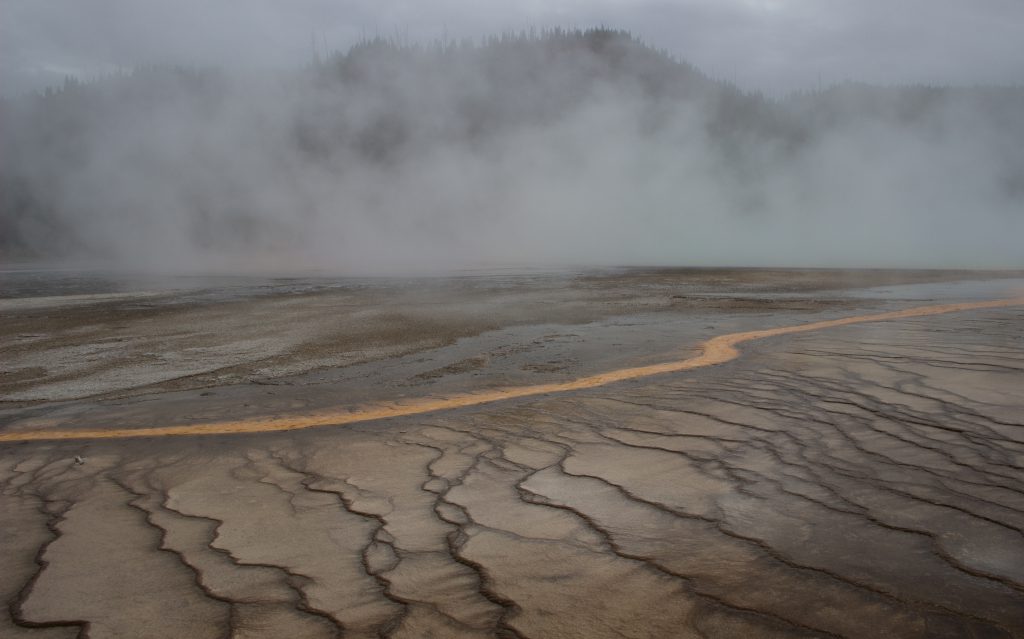 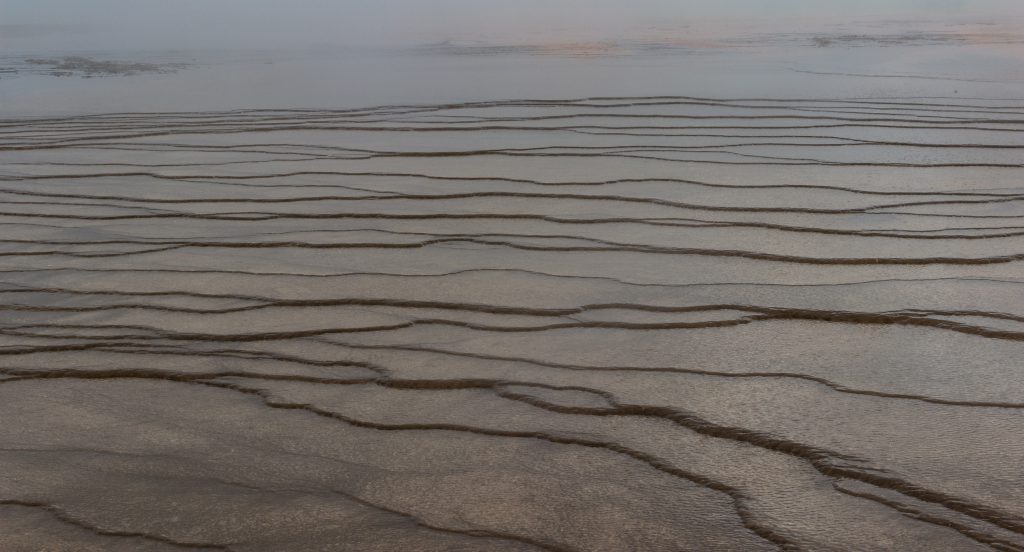 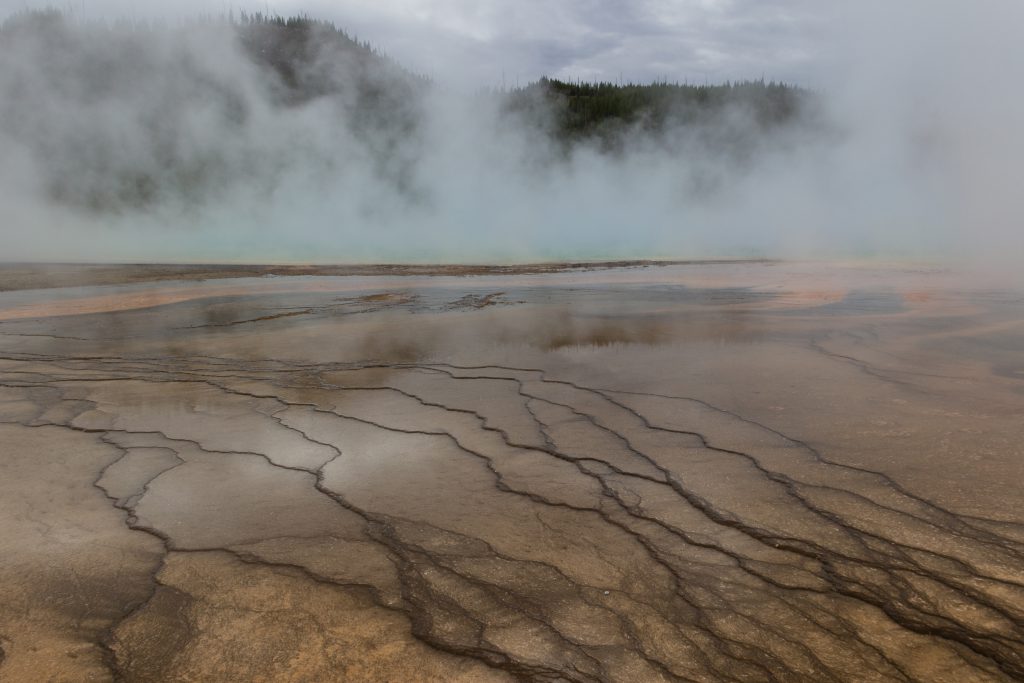 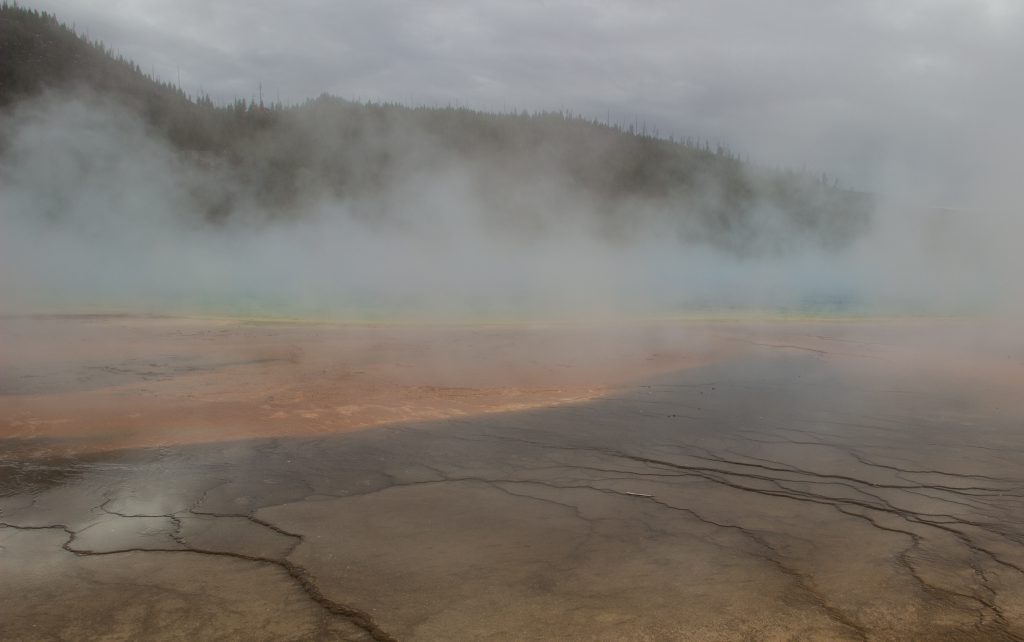 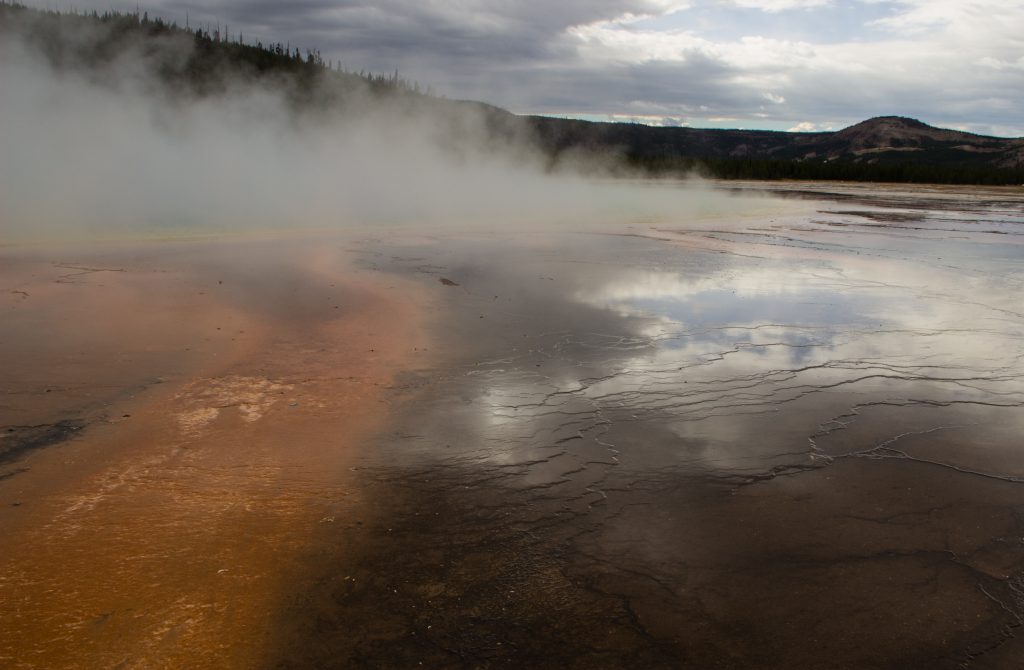 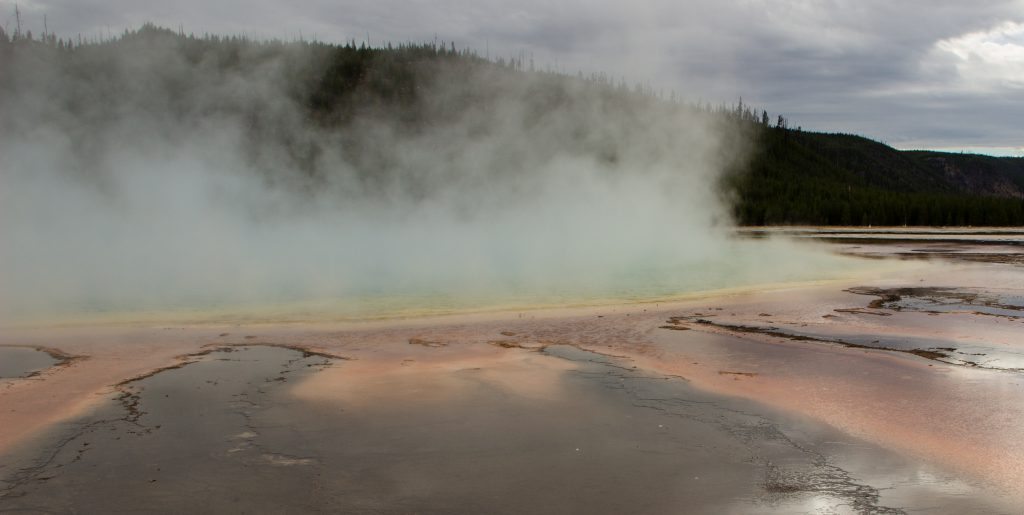 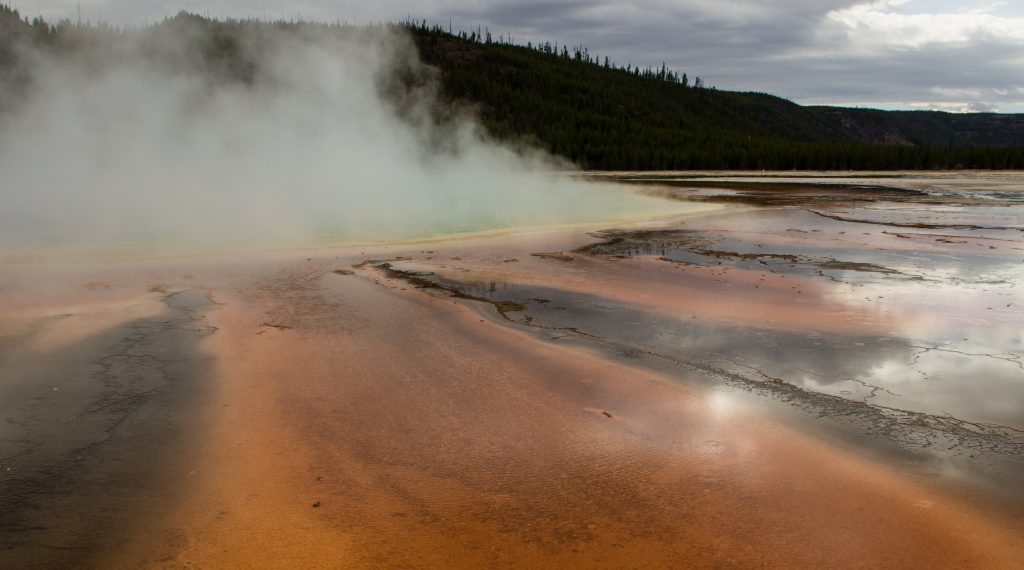 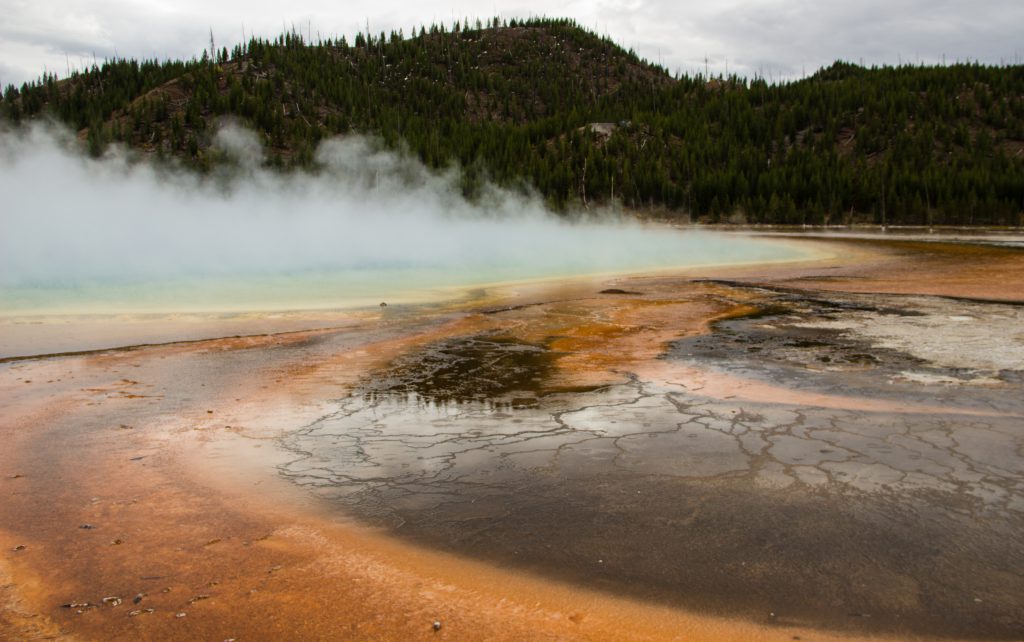 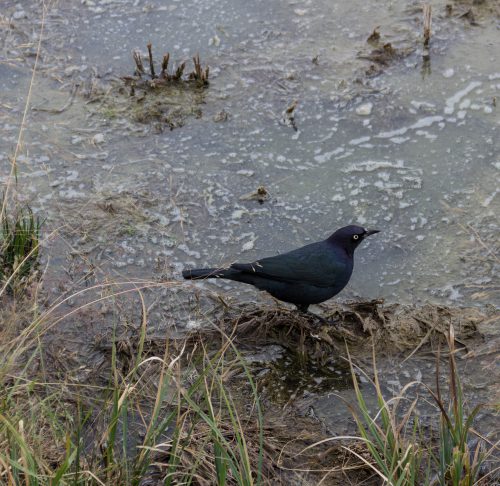 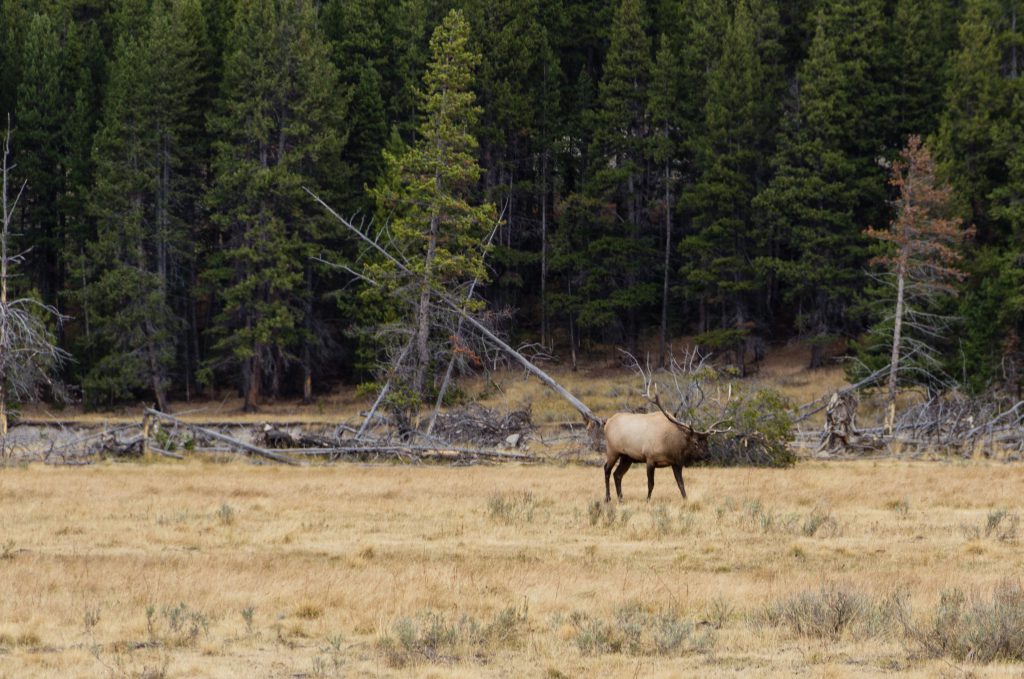 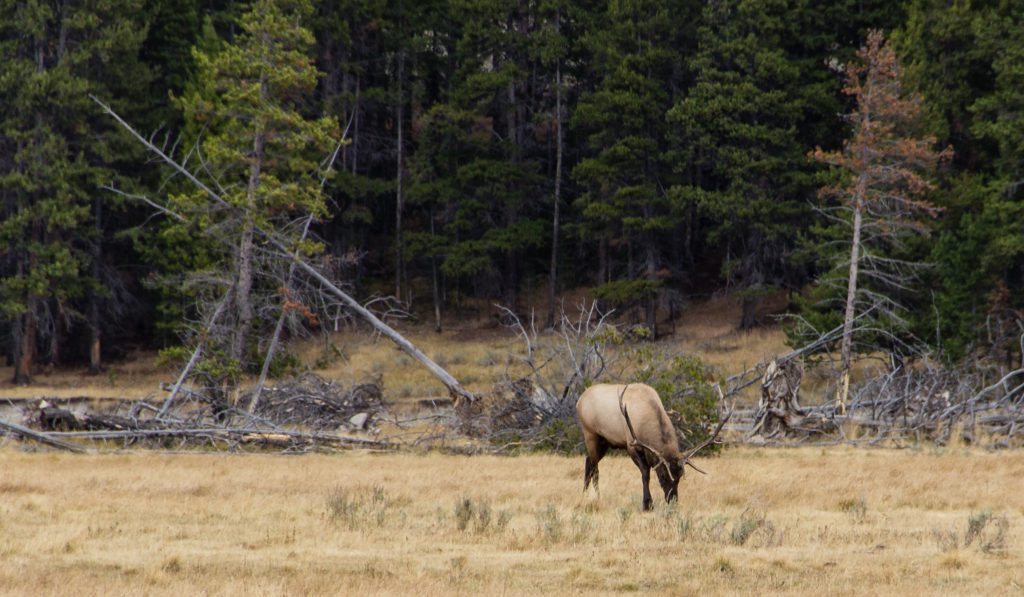