Great workshops today! I am so inspired by the workshop presentations and exercises, and the interaction with the other participants, that I think it deserves a post. 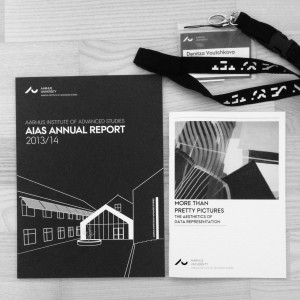 So, lets start from the conference. Today was the first day of “More than Pretty Pictures – the Aesthetics of Data Representation” organised by the Aarhus Institute of Advanced Studies (AIAS). The conference is held from 13th to 16th of April in the nice building of AIAS. As the title suggests, the conference is about scientific data and their representation, or about the intersection between the Art and the Science fields. It is meant to be cross-disciplinary and so far it is succeeding, as today there were PhDs and postdocs from many different fields… to name just a few: archaeology, ecology, computer science, biology, geoscience (myself), social sciences, art etc.

I subscribed for the morning workshop by Rikke Schmidt Kjærgaard (“How to Plan a Poster“) and for the afternoon one by Martin Krzywinski (“Sense and Sensibility – Visual Design Principles for Scientific Data“). I found both workshops to be useful, as they gave me the chance to hear how other people reason about their visualization choices.  I do believe that some of these choices can be a matter of taste (or lack of it) and are very much influenced by our cultural background and the dogmas in the scientific field we are in. However, there are also some “rules” when it comes to line thickness, type fonts, colours, structure, clarity etc. There were 3 awesomely inspiring exercises, but I will come back to that later in this post. First, here are my notes in the form of key words, phrases, or references. Again, all the credit goes to Rikke and Martin, as it comes from their presentations (if there is something I have misunderstood, though, it is entirely my fault and I will gladly fix it… just leave me a comment)

My favourite part were the exercises! 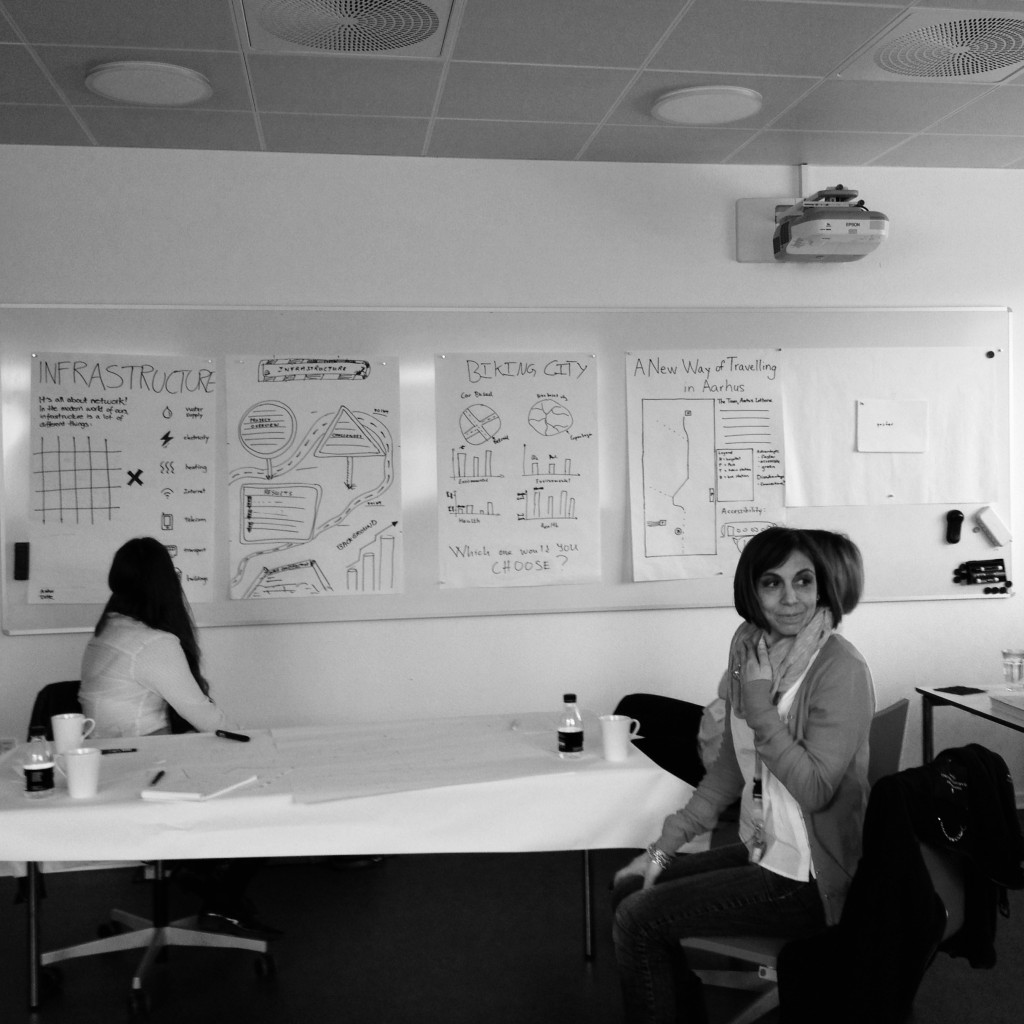 The first one was to design a poster. We worked 2by2 and had 5 minutes for brainstorming followed by 10-20 minutes to sketch it with a black marker on a white poster paper. We all had to produce a poster about “Infrastructure”. No constraints – complete freedom on the interpretation of “infrastructure”. I have been to another PhD course on scientific data presentation where we also had to design a poster. However, there we were working with our own data/research, thus it was hard to compare or even understand the other’s participants posters (taking into account that there was not that much time really). What I liked in the exercise today was that we all worked on a topic that was equally unknown to all of us, so we could focus on the message and the design. There was no time left for details, so it was really about sketching, not about coming up with a completely finished product. I loved it! The results were very different, but I think they were much more appealing than a standard conference poster. The time limitation was helpful for clearing and simplifying it. 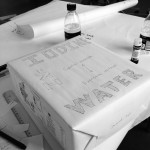 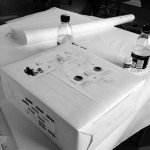 The second exercise was genius. I guess the purpose was to get creative and to start thinking out of the box. So, the briefing was –> design your poster as if it is a cereal box. It was literally a box, i.e. we could place our figures and information on all the sides of the box (front, back, the 2 sides, bottom, top). And, the design had to be inspired by the cereal branding. I failed at meeting the goal time-wise, but also I wasn’t really sure what the cereal branding really is. I don’t eat cereal for breakfast, so I’m not familiar with what is on which side. Instead, I thought of it as a book. The front is the “cover of the book”, so a grabbing title and image should do the trick. The back was with my results, because I thought that If someone is interested in the “cover of the book”, they will turn it around to read what’s on the back. The sides are for the nerds – usually there are the nutrition facts and other small size lettered text, so I placed the data presentation on one of the sides and the methodology on the other. I left my contact information for the bottom, but now I think the top would be more appropriate, so then the logos and the institutions will be left for the bottom of the box. I think I shouldn’t have tried to cut and paste the figures from my last paper on the box, but focus on the sketching instead. I think this restrained my creativity. There were, however some great ideas among the other people’s cereal boxes… so I think, if I get some free time, I’ll give it another try.

The third exercise for the day was to fix a published figure. It was a team exercise with time for only one of the suggested figures. At the end every group shared their improved version. I was completely lost in the meaning of our original figure. I could spot that there are too many different symbols, colours, and sizes, but it was hard to judge what is the important thing an what is intentionally drawn as it is and what is just a result of laziness. I think we improved substantially the readability of the figure, after carefully deciphering the legend, by simplifying the symbols and turning the pathways left-right instead of top-bottom. Just so it doesn’t sound completely abstract I have added the original figure here. What is most shocking for me is the amount of text needed (apparently) to explain the figure. It is almost a solid page of text, so I think this part could have also shortened.

As a conclusion… Great day! Very inspirational! Lots of food for thought on the need of design, when/whether to use a graphical representation of data/information, how to simplify, etc. So, even though this wasn’t strictly Geoscience, Environmental science, or Hydrology/Hydrogeology, I strongly believe that it was important. It is good to get out of the office, the department, or the other small circle of friendly (or not) colleagues, and go mingle with specialists from other fields. Exchange ideas and get inspiration from others and also from the daily objects (like the cereal box design)! It is not a waste of time, even though I know that everything that is not connected to the PhD project or the obligatory teaching is seen as waste of precious time.

Data visualization: A view of every Points of View column –> Nature Methods on style 🙂 it is a nice blog-post grouping the Points of View column into different topics. I haven’t read all of the columns, I only browsed through few of them and I would guess that some of the messages from today’s workshops are also covered there.