Few weeks ago I participated in a summer school on “Runoff Predictions in Ungauged Basins (PUB)” organised and held at Vienna University of Technology (TU Wien). The course lecturers were:

The course structure was similar to the structure of the book “Runof Predictions in Ungauged Basins: Synthesis across Processes, Places, and Scales“, which we also received for free as part of the course materials. After each presentation (~2 hours) there was a hands-on part (~2 hours) when we got the chance to get familiar and use some R code and R packages for PUB. It was interesting to see the different coding styles of the lecturers, and I personally learned a lot when it comes to coding in R.

This summer school and the book are result of the 10 year PUB initiative. The main goal of the PUB initiative was “to overcome fragmentation in hydrology”. Fragmentation in hydrology means studying processes separately, at different locations, and scales. Instead, the authors of the book suggest adopting a more holistic approach to catchment hydrology. A way to do that, or the proposed way to do that, is to use the so called runoff signatures. Using runoff signatures is a way to simplify the runoff complexity by breaking it into different components. The six runoff signatures are:

So, the course was about how to predict these six runoff signatures for ungauged catchments based on similarity with other catchments and in the presence of lots of data… The approach is in the Darwinian domain, based on discovering patterns, comparisons between similar/dissimilar locations and inferring processes. Using this approach, it becomes crucial to define hydrologic similarity. Throughout the course and the book, hydrologic similarity is divided in climate similarity, catchment similarity, and runoff similarity. So, if we have two catchments that are hydrologically similar, but we have runoff data only for one of them, because of the similarity we could transfer this knowledge to the catchment where we don’t have runoff data. Throughout the course we learned (or refreshed) different methods on how exactly to do that.

That’s in short and with the help of the book.

For me it was great to get back to the applied side of hydrology, as it seemed to be much more about engineering… how to get a number we need in order to solve a problem, e.g. flood protection, power efficiency etc. I enjoyed it immensely, as it brought me closer to what I studied in my first university (UACEG, Bulgaria). Meanwhile, I also learned about the existence of Top-Kriging, which is a geostatistical method, based on Kriging, but accounting for nested catchments. I would really like to try it out. Another beneficial thing about going to this course was that I actually learned a lot about R. It was a real pleasure to be surrounded by people who use R on a daily basis, as at the present moment no one in my proximity does that (or I am not aware).

Last, but not least… We were 29 participants from all around the world. After more than 10 years I met my master thesis supervisor from UACEG, Bulgaria , which was a nice surprise. I had lots of fun and some beer with the other participants and enjoyed my stay in Vienna. 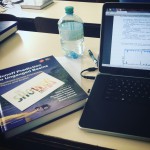 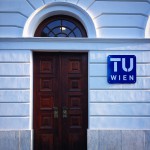 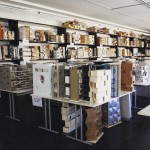 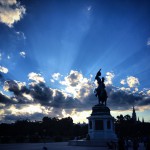 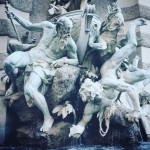 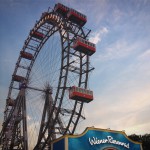 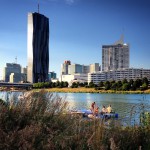 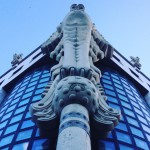